According to a story in The Wall Street Journal on Dec. 7, 2015, as The Walt Disney Company planned its campaign for Star Wars: The Force Awakens, Chief Executive Robert Iger had a question for his marketing team: “How

much do we really need to do?”  Apparently, the feeling was that Star Wars: The Force Awakens, carries its own marketing weight that brings much to the table on its own.

Having been the Director of Corporate Synergy for the Disney Company for a decade in the ’90s, and the author of the new book, Inside the Disney Marketing Machine – in the Era of Michael Eisner and Frank Wells, I well remember the hundreds, if not thousands, of internal cross-promotions that were generated for one of the biggest film’s of the day back then, The Lion King.

At the time, the Disney company had about 60 independent business segments from Films and Television to Theme Parks, Music, Consumer Products, Sports, Publishing, and so many more.  In putting together a synergy recap report for that film, the cross-divisional promotions that existed on the opening day of The Lion King were massive.  Nearly every Disney division played a part in supporting the movie in some way.  The report listed all promotions spanning the Disney company landscape and required twenty-three double-sided, single-spaced, pages to lay it all out.  It was a remarkable synergy achievement that ultimately not only boosted profits for the film but for every other Disney business that participated in its success.

The Star Wars franchise, of course, brings with it to Disney its own high-profile history and audience of ravenous fans.  So much so, that I’ve read where many of those folks are already lining up and camping out at movie theaters, a week in advance of the movie opening!  So I do understand Bob Iger’s query to his marketing team about a project that you might say markets itself.

In an article by Scott Meslow on The Week, he explained, “Star Wars is for everyone. You don’t get to be a multibillion-dollar franchise without a healthy dose of mass appeal. But it’s also deeply, uniquely personal to its millions and millions of fans. And Disney has wisely recognized that what separates Star Wars from Avengers and Transformers and Hunger Games is the fandom’s intensely personal feeling of connection to the franchise.”

According to The Wall Street Journal piece, Disney has selected seven companies as official “brand partners” for The Force Awakens campaign, Hollywood-speak for companies that buy ads promoting the movie and their products together. The partners in this case include Verizon Communications Inc., General Mills Inc. and Procter & Gamble Co.’s Covergirl makeup brand.

Also helping the movie indirectly: $51 million in TV ads through Dec. 1, according to iSpot, by companies selling Star Wars-themed products that aren’t directly tied to The Force Awakens, including Wal-Mart Stores Inc. and Electronic Arts Inc., as well as Disney’s own videogame unit.

In addition, Disney has enlisted partners online, including Alphabet Inc.’s Google, which is modifying websites and apps, such as its YouTube video player, with special Star Wars graphics.

While perhaps not taking a super aggressive marketing approach from an advertising standpoint because of the franchise’s enormous existing following, from the synergy side I suspect Disney is taking strong advantage of cross-branding opportunities among its own units, as it showcased the final trailer for The Force Awakens on ESPN’s Monday Night Football, and with a new ad on its ABC network that was introduced by Shonda Rhimes, the producer of the series Scandal.  While I have no involvement or “insider” information on the marketing campaign for Star Wars: The Force Awakens, from my own Disney experience I can only imagine that he synergy spark has more than likely also blazed its way through myriad company divisions that will result in a bonfire of cumulative corporate profits much as The Lion King did in its day.

From a historical perspective, Disney has always been on the synergy train dating back to Walt Disney himself.  In 1937, over eighty years ago, he was the first Hollywood producer to merchandise a film with the debut of Snow White and The Seven Dwarfs.  Illustrating the concept, on February 4, 1958, The Wall Street Journal featured an article entitled “Walt’s Profit Formula: Dream Diversify and Never Miss an Angle.”  The marketing methodology Mr. Disney formulated for his company so long ago, is still alive and well.

The formula: Wring every possible profitable squeal and squeak out of such assets as the Three Little Pigs and Mickey Mouse—first by diversifying into a wide variety of activities, then by dovetailing them so all work to exploit one another.

Walter E. Disney and his crew of starry-eyed artists and ingenious innovators are by all odds kings of the kid frontier. But they’re also shrewd businessmen who inhabit no financial fantasyland. And companies beset by earnings’ erosion may find some profit-making pointers by elbowing the kids aside and taking a look at the integrated doings in the wondrous world of Walt Disney Productions.

“Integration is the key word around here; we don’t do anything in one line without giving a thought to its likely profitability in our other lines,” says Roy Disney, President of WDP and older brother of Chairman Walt. To see what Roy 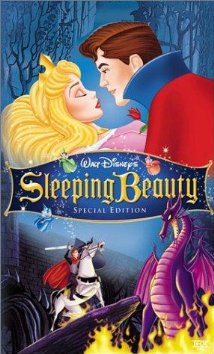 Disney means, consider Sleeping Beauty, a cartoon epic currently in the WDP works. This 70-or-so-minute film, already three years in the making, won’t hit theatre screens until Christmas. But the fairy tale already is paying off for Disney. For example, at Disneyland, the film has been transformed into colorfully animated dioramas complete with trick photography to make them come alive. Children and adults line up, sometimes four abreast, for the 10-minute walk through the Sleeping Beauty attraction at 35 cents a head.

Another Disney department, Licensing, also has gone to work on Sleeping Beauty, lining up toy makers, garment producers and others interested in making articles based on Sleeping Beauty characters. Sleeping Beauty also is getting the build-up treatment on the publishing front, with New York’s Simon & Schuster pouring various versions of the fairy tale into the nation’s bookstores.

By early October, with the start of the fall television season, Beauty will be stirring on the nation’s TV sets as Disney script writers work in repeated references to the coming film on such programs as Disneyland and, perhaps, put together a special program or two about it. A month later, WDP’s phonograph record division will be spewing forth platters based on music from the film. And about six weeks before the movie is released, the studio’s comic strip artists will launch the Sleeping Beauty story in Disney’s own syndicated newspaper cartoon strips.

And Sleeping Beauty won’t fade away after the movie’s showing. The cycle will be run through again in much the same fashion in country after country until nearly every moppet in the free world has had the chance of seeing the movie and buying a doll, reading a book, following a comic strip, and hearing a tune based on Sleeping Beauty. Even then there still will be life—and profits—left in Sleeping Beauty. Seven years after her screen debut Sleeping Beauty, in the form of a re-issued film, again will make the rounds of the world’s theaters. “Walt,” says a close associate, “supplies ideas for every phase of this business—ideas for new films, for new features in the park, for new merchandise, even for new songs. But it’s his brother Roy who keeps him from getting carried away and makes sure that the company’s financial feet are always solidly on the ground.”

Accompanying the above 1958 Wall Street Journal article was an illustration of how Disney “integration” permeated the company at that time. Depicted was a central film asset (such as Sleeping Beauty) with an outgrowth of lines to an array of related company properties that in very

precise ways infused value into and in turn supported the central theme. The lines crisscrossed each other going this way and that to every division of the company. Walt Disney’s vision in this “map” defined his company’s key assets, stemming from a valuable and unique core, and identified patterns of complementary benefits.

Shown within the one-page illustration was a range of entertainment related assets—books and comic books, music, TV, a magazine, a theme park, merchandise licensing—surrounding a core of theatrical films. It illustrates a dense web of synergistic connections, primarily between the core and other assets. Comic strips promote films; films feed material to comic strips. The theme park, Disneyland, plugs movies, and movies plug the park. TV publicizes products of the music division, and the film division feeds “tunes and talent” to the music division.

Disney sustains value-creating growth by developing an unrivaled capability in family-friendly animated (and live-action) films and then assembling other entertainment assets that both support and draw value from the characters and images in those films.

Will Star Wars: The Force Awakens, with its marketing tentacles extending into the life of consumers everywhere, become the biggest box-office film success ever for The Walt Disney Company?  I don’t have that answer. Maybe Han Solo knows.

One thought on “Will Star Wars: The Force Awakens, Out-Synergize The Lion King?”

Follow The Synergy Whisperer on WordPress.com
Join 1,099 other subscribers

Inside the Disney Marketing Machine

Inside the Disney Marketing Machine